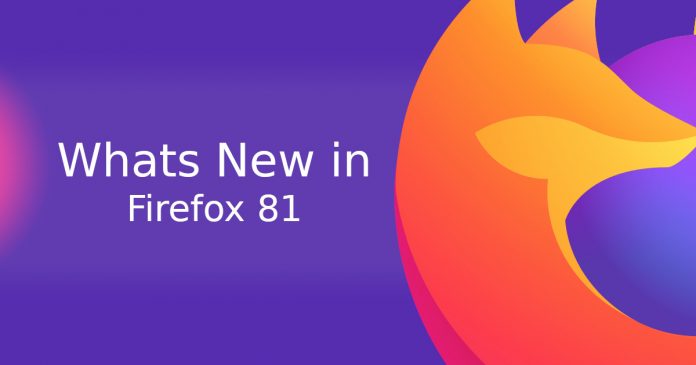 Firefox 81 has been released. This time many new improvements and features have been added to it.

You can pause and play audio or video in Firefox from your keyboard or headset, giving you easy access to control your media when you’re in another Firefox tab, another program, or even when your computer is locked.

In addition to the existing default, dark and light themes, this update also includes a new theme: Alpenglow This theme looks great.

Firefox supports AcroForm, which will soon allow you to fill, print and save supported PDF forms.

Firefox has expanded its supported file types – .xml, .svg, and .webp – so that the files you download can be opened properly in Firefox.

Firefox 81 will automatically arrive in your Linux distribution update. And if it does not arrives, you can also download it from the following link.