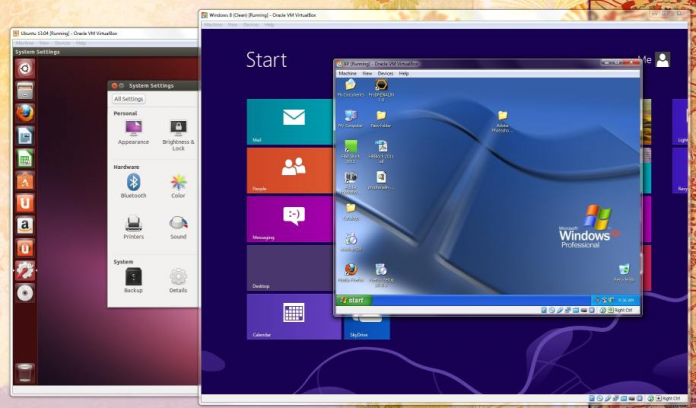 For example, if your CPU has eight cores, you can create two virtual machines on a computer and give them two cores. If you have 16 GB RAM then you can give 4-6 GB or more RAM to virtual machines. Virtual machines provide an environment that is isolated from the rest of the system, so whatever is running inside the virtual machine does not interfere with the hardware and software of the Host.

With the help of virtual machines‌ you can try many operating systems without dual booting. You do not have to create any partition on the hard disk. This will not cause any harm to your host operating system.

You are using a Linux or Mac operating system, but if you want to use some software that runs only on Windows, then you can run that software by installing Windows in a virtual machine.

3. Running software which only runs on an older version of Windows/Linux

If you want to run an old software that runs on an old Windows or an older Linux distribution, you can install that version of Windows or Linux in a virtual machine and run that software inside it.

4. Getting dedicated server features with the help of virtual servers at low cost

5. Virtual machines‌ can be easily recovered from failures

QEMU is the best choice for running ARM based operating systems. The full form of QEMU is Quick Emulator. But this is actually a hypervisor. Through QEMU you can run Raspbian OS, Android etc. You can install QEMU from the command line.

Running QEMU on the command line can be difficult for newbies. The GUI apps are also available QEMU.

VMware is a market leader in virtualization. It has thousands of corporate customers. Fortunately its free version is also available. It supports over 200 operating systems with all Linux distributions. However, it cannot run an ARM based operating system.